4 Make-Up Lessons From The Ambani Weddings

The Ambani's are in the talks again, thanks to a second grand wedding in the family in the span of a year. While there's much to be said (and is being said) about the decadence at these big, fat Indian weddings that invoke the voyeur in almost all of us, secretly, we do look for fashion and decor clues in the barrage of pictures that are taking over the Internet. The setup may be too opulent, the dances too orchestrated, and the grandiosity off-putting, but... but, the make-up on the Ambani ladies has been on fleek on both the weddings! 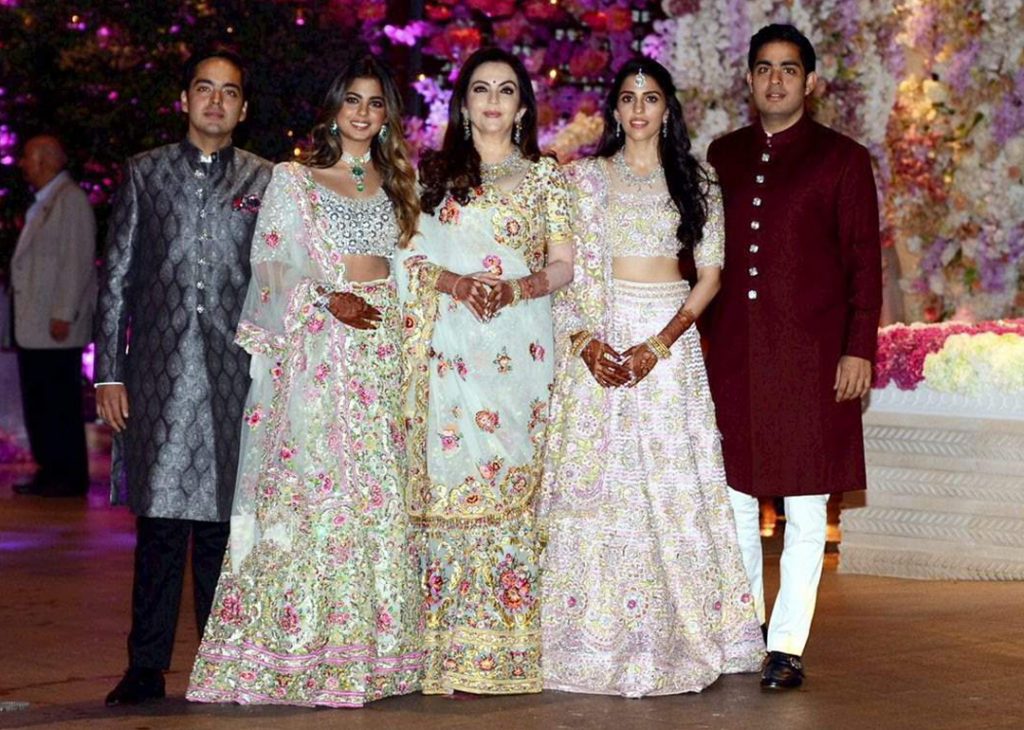 No, we're not joking. We've seen bad wedding make-up. Especially at these grand Punjabi affairs, most women will be adorned in stones and glitter from head to toe, eyelids and cheekbones included. The make-up is sometimes brighter than the big diamonds on their well-manicured fingers. But, not with the Ambani ladies. Despite the somewhat questionable elements at the weddings, they have kept their beauty looks classy, chic, and surprisingly, SIMPLE!

Here are five lessons on wedding make-up (bridal, or otherwise) from the Ambani weddings:

Contouring is overrated: The Ambani ladies seem to have made no effort to hide their full, round cheeks under a cloak of contouring, and we LOVE that! Sure, there may be some Botox and fillers under that taught skin, but at least the cheeks are artificially sunken in to highlight the cheekbones.

Match your lip colour with your outfit: Nita Ambani seems to have a special skill for finding the exact shade of lip colour as her outfit, and it looks amazing! It ties in the entire look in a way that a generic red just won't do. Neat, well-shaped eyebrows, but not big: Yet another beauty lesson from the Ambani mother. Her eyebrows are so perfectly shaped all the time, it's enviable. Yes, we know... Botox, blah. But, that's not the point. She chooses that flawless round shape over the big, overpowering brow look that is all the craze these days, and we think it looks pretty damn neat.

Winged-eyeliner is dated! We haven't come across a single picture where any of the Ambani ladies has winged eyeliner on. The liner runs along the shape of the lid, and is thin and contained, and we think this looks classier than the winged variety. The latter is good if you're an adolescent going through an identity crisis, or an adult heading out for a costume party, or if you're even half as talented as Amy Winehouse, but in our opinion, the cat eyes make most of us look umm... stupid.

At 10, we learnt that there’s no Tooth Fairy. At 20, we discovered there’s no fairy tale love. That
Read More

Is Your Acne Hormonal?

Women go through several phases where they’re greeted by hormonal shifts. Some women have had not ev
Read More

Beauty and skin-care routines are not one-size-fits-all. Some women like to abstain from any kind of
Read More